Early Bird has been a favorite. Conveniently located on Queen Street, this urban Toronto coffee shop crushes it with their espressos, specialty lattes & yes - vegan treats. It's a favorite working environment, with only one communal table where laptops/screens are permitted. Early Bird has a steady flow of visitors contributing to a pleasant white noise background conducive to productivity.

I had some time to spare between a busy Serve Yoga day & peeped the pastry case at Early Bird. To my surprise, there was a new goodie! A vegan matcha cheesecake. I have to say, the VALUE of this was great. it was roughly $4 for my piece, but such a dense delicacy! I could only get through half of if in my sitting & then finished the rest of it in the evening.

The crust: tastes like a pine nut + other nut blend. The filling tastes of a cashew + matcha blend. In a nutshell: 10/10! We all know textures are hard to achieve with vegan foods. This piece was nothing short of satisfying. The crumbled nut garnish to finish adds a delicious cr-uuuu-nch. YUM!

Maybe matcha isn't your thing? You'll find great vegan powerballs here - spirulina & beet fused to name a few. These bites are packed with superfoods - so healthy, so tasty, a seriously rare combination. Next time you're on Queen Street West take a stroll, make a pit stop at Early Bird - this matcha is a [must]ah!

Find Your 'Strong Practice' in 4-Steps

A Letter from The Editor (December 2018)

Sun Salutation A in 10 Easy Steps 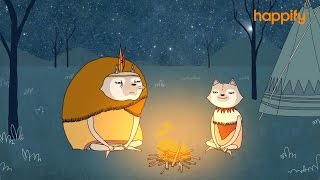 A Letter from The Editor (November 2018)

A word on Containment.

Can we all just compost?